When my wife and I first visited the city in Mexico where we eventually chose to settle, we had a conversation along these lines:

Me: Do you know what I am thinking, my sweet darling dove?

Wife: No, my hard hunk of a man. What are you thinking?

Me: I think we could live here in Guanajuato and never have to drive!

Wife: You mean, do you really mean, that we could dump that car we are forced to drive by Mr. Urban Sprawl and stop destroying the environment?
Me: Oh yes. Oh yes. Oh yes indeed. And not only that but we would stop getting fat-induced illnesses that are the result of never walking anywhere in America.
Wife: You forgot to say that we would lose weight and keep it off as a result.

Me: And what about getting rid of stress which also kills Americans who have to drive everywhere?

Wife: That stress as well as the fact that we would never have to make another car payment, buy insurance, get the car inspected, etc

We honestly had this conversation. Maybe not in those exact words but we did talk this over. This was one of the draws of living in Mexico.

We would never have to drive again.

And, that has been the case. We sold our car and flew here. We not only do not have a car but we never will have one. Why on earth you would want one when you do not have to have one totally escapes me!

However, Americans and Canadian expats in the millions have them. Americans would probably take cars with them to Europe if they could. I know of a lady who took an RV to Russia! Can you begin to fathom that?

Americans are so attached to their cars that it seems as though it is written into their DNA. They would never think of leaving their cars behind. The car is their source of identity. Cars define what Americans are.

Most of our friends, upon learning we were not driving our car into Mexico, nearly had strokes. So blinded are Americans to the fact that they can live with a car that none of my friendsnot one of themrejoiced that we would be able to:

Stop contributing to the destruction of the already-fragile and probably irreparably-damaged environment.
Walk everywhere, thus becoming healthier and extending our longevity.
Increase the quality of our lives.
Stop paying car insurance.
Stop risking our lives each time we crawled behind the wheel of a car.

Have you ever thought how many people in America have died, either directly and indirectly, as the result of cars? The anti-gun lobbyists will scream night and day using this same argument. They will galvanize their forces to get rid of those evil people-killing guns as they mount the saddles of their gigantic, gas-guzzling SUVs that kill people too.

Car wrecks, car jackings, car exhaust, accidents or suicides, and getting fat from constantly yielding to the temptation to drive rather than walk.

I know of people in the U.S. who would drive to mail a letter rather than walk the 20 minutes it would take to get back and forth to the Post Office. Americans drive everywhere and walk nowhere!

The too-often cited excuse is, It is a convenience to drive to the store.

A convenience for what? There you are, sitting on you ever-growing and swelling fundament,

Momma: Daddy, get yourself down to the store and buy me something sweet.
Papa: Ok. Which gas guzzler should I take? The Ford SUV or the Chevy SUV?

Momma: Whatever. I dont care.

So, you get up from the living room. You put down the TV remote and the beer youve been drinking. And, rather than walking to get the ice cream (that will make you fatter still), you drive the SUV for the convenience of getting back to the house faster so you can more quickly get back to your living room chair, so you can eat the ice cream, drink more beer, and click away with the TV remote!

Is that the convenience Americans mean?

The American expats who go to all the bother to move to Mexico with their cars do the same thing!

I know of one lady who claims she likes the convenience of having the SUV, and yes an SUV, so she can be spared the length of time it takes to use the pubic transportation system.

For the most part, she, and a heck of a lot of other expats, sit on their butts in front of their satellite televisions watching American television. The only time they get out of the house is when they want the convenience of driving somewhere.

It is the same convenience, apparently, that they had in America. They want the convenience of getting to the store and buying their stuff so they can return more quickly to their expat hideouts in order to plop down in front of the television!

Only here is the joke! Where we live, in Guanajuato, it is quicker to walk somewhere than drive a car. In fact, at certain times of the day because of traffic congestion, you can out-walk the buses and taxis and reach your destination more quickly on foot.

What is certainly no joke is that too many Mexicans are buying into this uniquely American idea of convenience. The consequence is that too many cars are on the streets of Guanajuato. Mexicans and the few expats there are here are all vying for their driving space on streets not built for such nonsense.

The American expats of San Miguel de Allende have ruined that town, which is actually smaller than Guanajuato, with their cars. You really should see this hideous phenomenon for yourself.

Another result you will see of too many cars here is that many locals walk around with masks on their faces. You know, the kind surgeons wear during an operation. Every single Mexican I asked, Por qu lleva la mascara?, told me that it is because the car exhaust makes them sick!

Need I say another word on this subject?

Manufacture and sell detergents, cleaners and chemical products. There are so many how to's, formulas and recipes for manufacturin[...]
Read More
⇛ view similar products
Project Managment Templates

It is a comprehensive package consisting of more than 7000 tried and tested Site Management and Business documents. These document[...]
Read More
⇛ view similar products
How To Power Your Mind

Life Changing Hypnosis Coach Develops A Systematized Formula To Enable People From All Over The World To Activate The Serpent Forc[...]
Read More
⇛ view similar products
How to work in travel industry

How To Work In Travel, the definitive guide to how the travel industry works and how you can land a job in travel. As a seasoned t[...]
Read More
⇛ view similar products
How to work in travel industry

How To Work In Travel, the definitive guide to how the travel industry works and how you can land a job in travel. As a seasoned t[...]
Read More
⇛ view similar products
Christian Guitar Lessons

This is an online guitar learning course that is designed specifically for beginners who want to learn guitar while also learning [...]
Read More
⇛ view similar products
Lottery Dominator's Brother 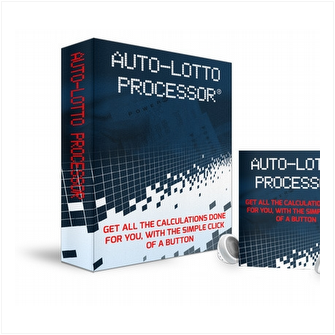 The formula inside Auto Lotto Processor does all the heavy lifting... you just need to add and divide a couple of numbers. Practi[...]
Read More
⇛ view similar products
Lottery Dominator's Brother

The formula inside Auto Lotto Processor does all the heavy lifting... you just need to add and divide a couple of numbers. Practi[...]
Read More
⇛ view similar products
Vehicle History Reports

You will learn step by step how you can create any cartoon character you imagine using photomanipulation, retouching and color gra[...]
Read More
⇛ view similar products
Photoshop tutorials

You will learn step by step how you can create any cartoon character you imagine using photomanipulation, retouching and color gra[...]
Read More
⇛ view similar products